TikTok, Medical Debt, and The Power of Forgiveness

If there is one thing that stayed the same for Jamie Kanter after March 17th, 2022, it’s her love for animals. Just about everything else changed. Jamie had been a zookeeper, a pet trainer, and for the past 14 years, a veterinary technician who felt passionate about “being a voice for animals, because they don’t have one.” Her best friend is her dog, a miniature Australian shepherd mix named Daisy. They lived in Salt Lake City, Utah, and spent most of the time that Jamie wasn’t at work being active outdoors. “We were constantly camping, or paddleboarding, or out doing a bonfire. Anything outdoors really that we could do, we were out doing.”

On that Thursday afternoon in March, Jamie was backing out of a parking spot in a crowded lot when the car behind her, also backing out, hit her on the back of the driver’s side of her car. “Initially nothing felt wrong. I know I was hyped on adrenaline, but I felt fine.” She got the information she needed for insurance purposes and headed home.

That night, Jamie experienced some soreness from the accident, but the next day at work, she started experiencing more pain. “I was miserable, I didn’t feel like I could walk, I had a tremendous amount of pain in my hips.” After resting for a few days at home without any improvement from the pain, she went to urgent care. At urgent care, they saw several contusions on her hips but sent her home after giving her injections for the pain. When those wore off, the pain returned. “I probably should have gone to the ER at that point, but I didn’t because of money.” For days, the pain worsened, and she had to ask friends to carry her up and down stairs. She couldn’t walk Daisy or drive, let alone go to work. She returned to urgent care for more injections and when those failed to provide relief, despite the worry of how much it would cost, the emergency room was the only option.

After an MRI at the emergency room, the doctors told her that if they didn’t operate soon, she may lose her ability to walk. Jamie knew she needed to move forward with surgery, but in the back of her mind, she was replaying the conversation she had with her employer months before about healthcare enrollment. She had ultimately decided not to enroll because she was struggling to make ends meet on her salary even without money being withheld for healthcare. “Money was already tight, with my career you make so little that you can’t afford insurance.” 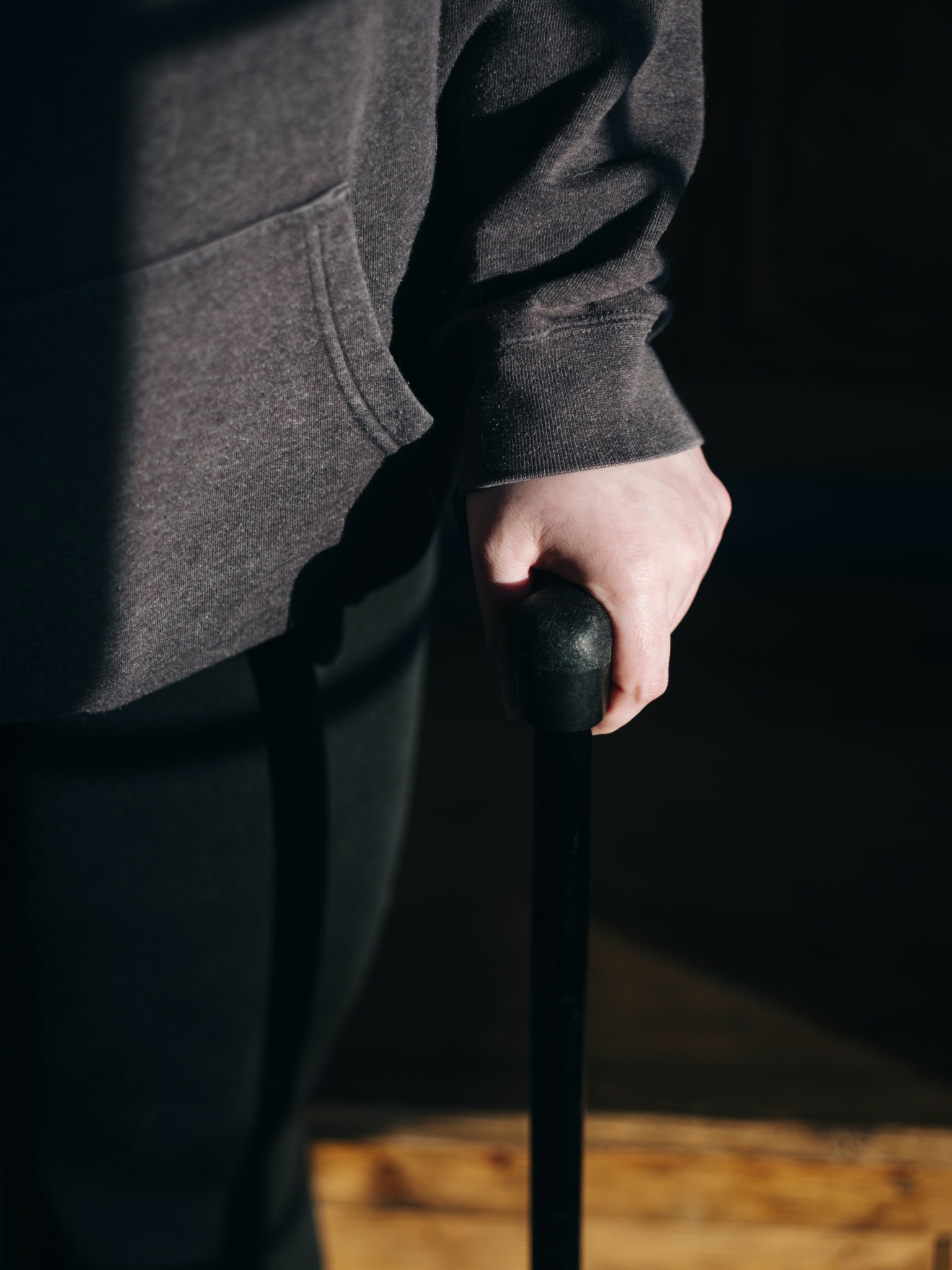 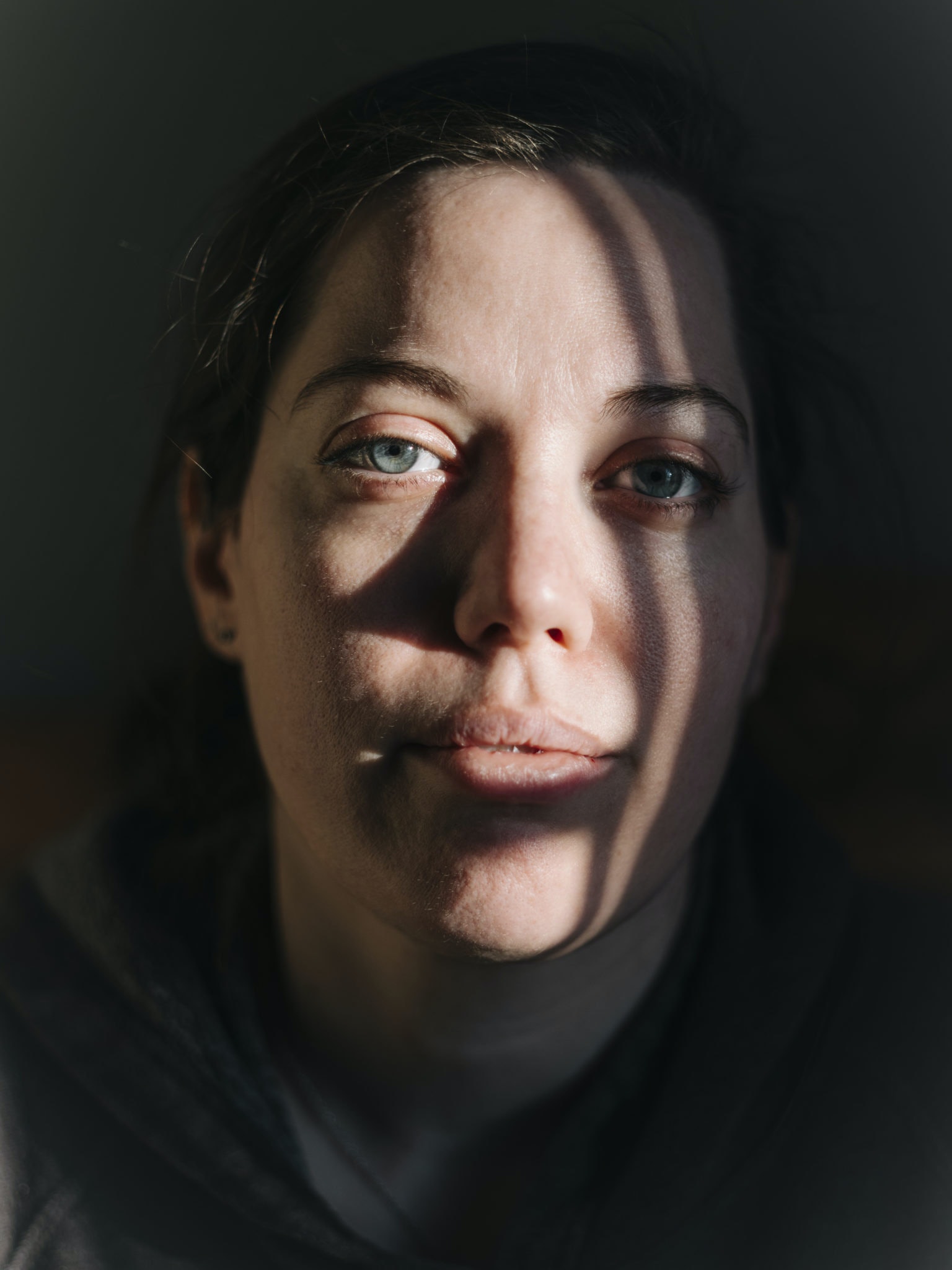 After the surgery, she spent months recovering, unable to work, just waiting for the bills to arrive. The recovery wasn’t smooth. Once, she took Daisy to the dog park and fainted outside her building. Thankfully, a neighbor came to help. When he asked if he should call 911, she panicked and said no out of fear of racking up more debt on what she already expected was going to be a huge hospital bill. At that point, she sent Daisy to go live with her friend because she no longer felt she could take care of her. For Jamie, this was devastating. “She’s been my support system. So not having her with me through this was so hard.”

Before her bill finally arrived, her friend sent her a viral TikTok from the founder of an organization called Dollar For. The TikTok claimed that most hospitals in the United States are non-profit entities, which means they are required to offer Charity Care policies. If you make under a certain amount of money per year, non-profit hospitals are legally required to forgive your medical bills. Her first thought was, “I don’t think it’s real.”

During the months of recovery, Jamie struggled to pay her rent, car insurance, and phone bills because her injuries made it very difficult for her to work. Then her bill finally arrived. It totaled around $43,000. “I wanted to puke, that’s more than I make in a year. In my head, I was going to be forever in debt. I felt helpless.” Adding this debt on top of the financial strife she was already experiencing made it feel like something she would never be able to dig herself out of. She is still unable to walk without assistance, which makes it impossible for her to return to her former job as a veterinary technician. “I had to walk away from a 14-year career. All I’ve ever known is eat, breath, sleep, animals.” She eventually decided to move in with her parents in Idaho to help save money, but also so that she could finally have Daisy back. 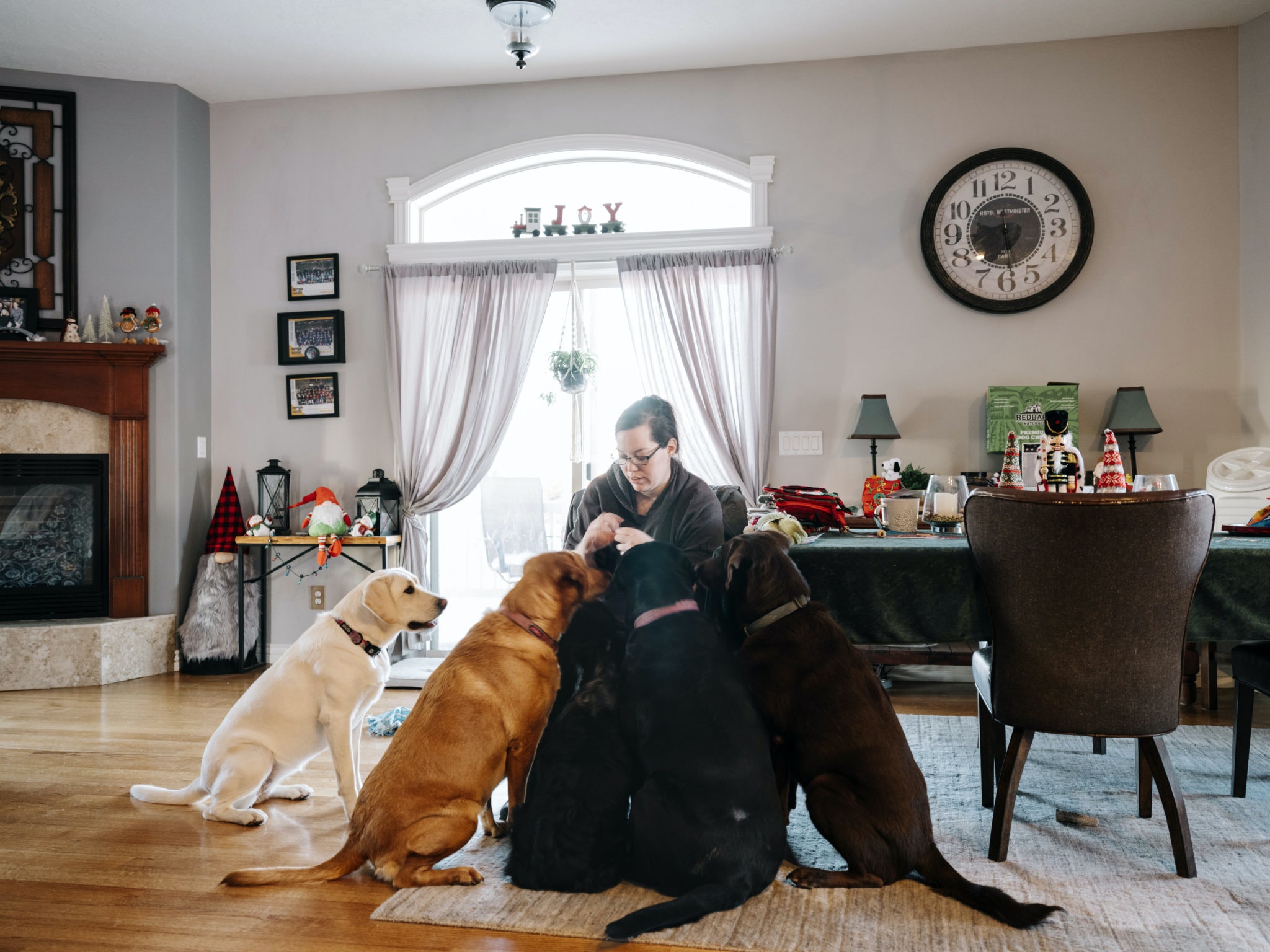 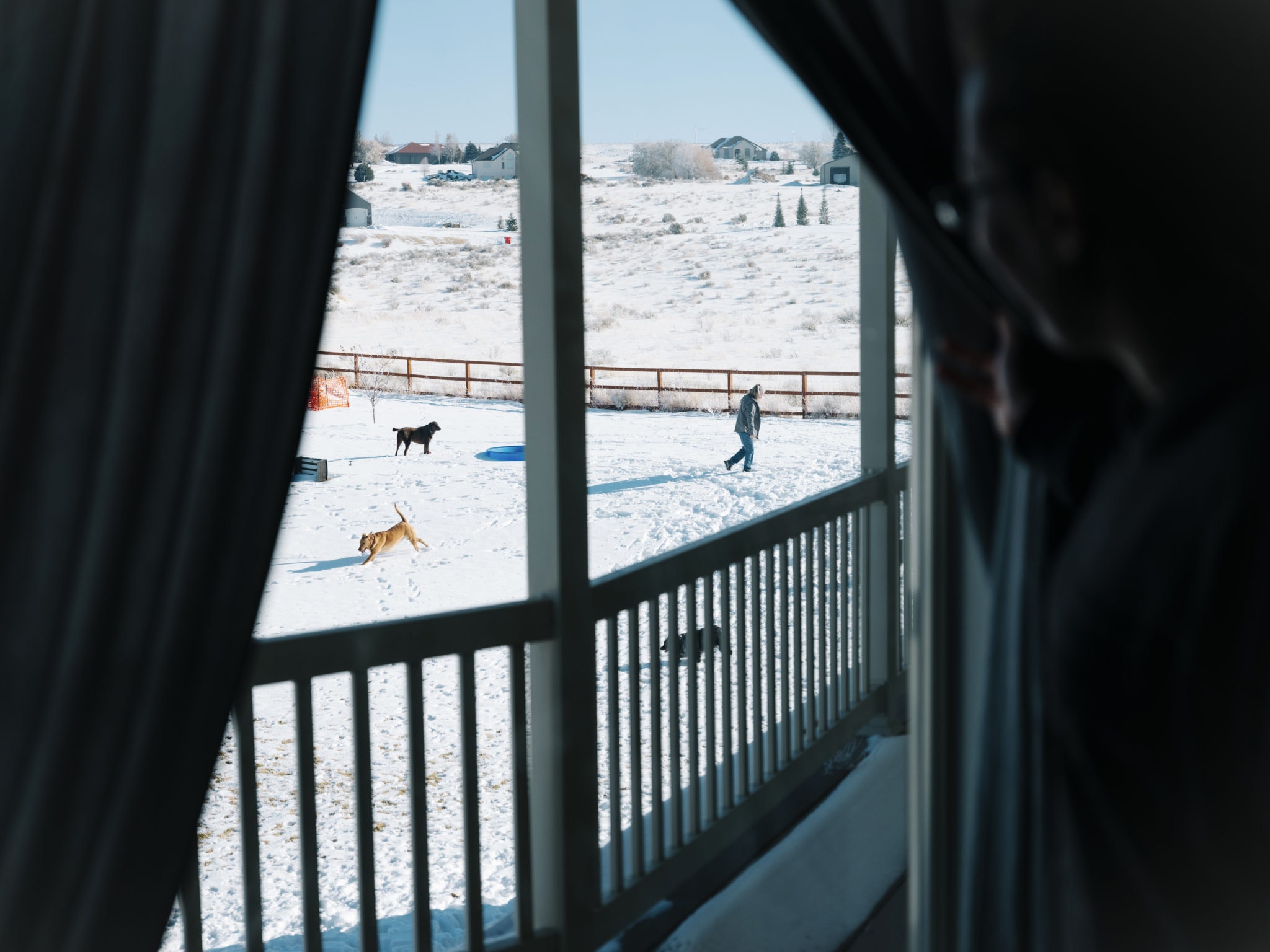 She remembered Dollar For and decided to reach out to see if they could help her with her debt. They responded immediately and offered to submit the paperwork on her behalf. She was thankful for their willingness to help but wasn’t hopeful about getting the debt forgiven. Nothing in the past several months felt like it was working in her favor, so her expectations were that things were only going to get worse. “I assumed that nothing was going to happen. Everything at this point just felt like it was falling apart.” 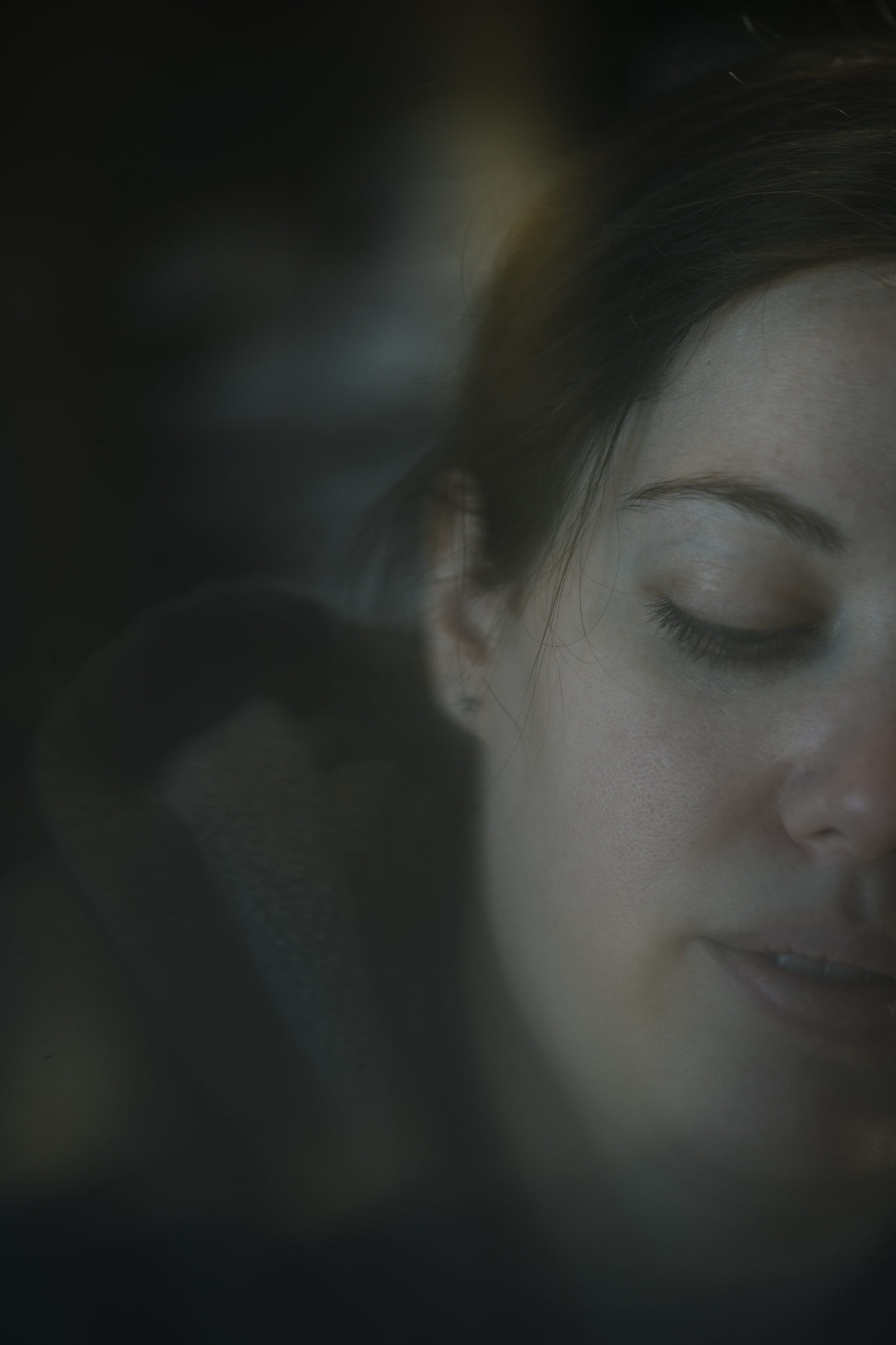 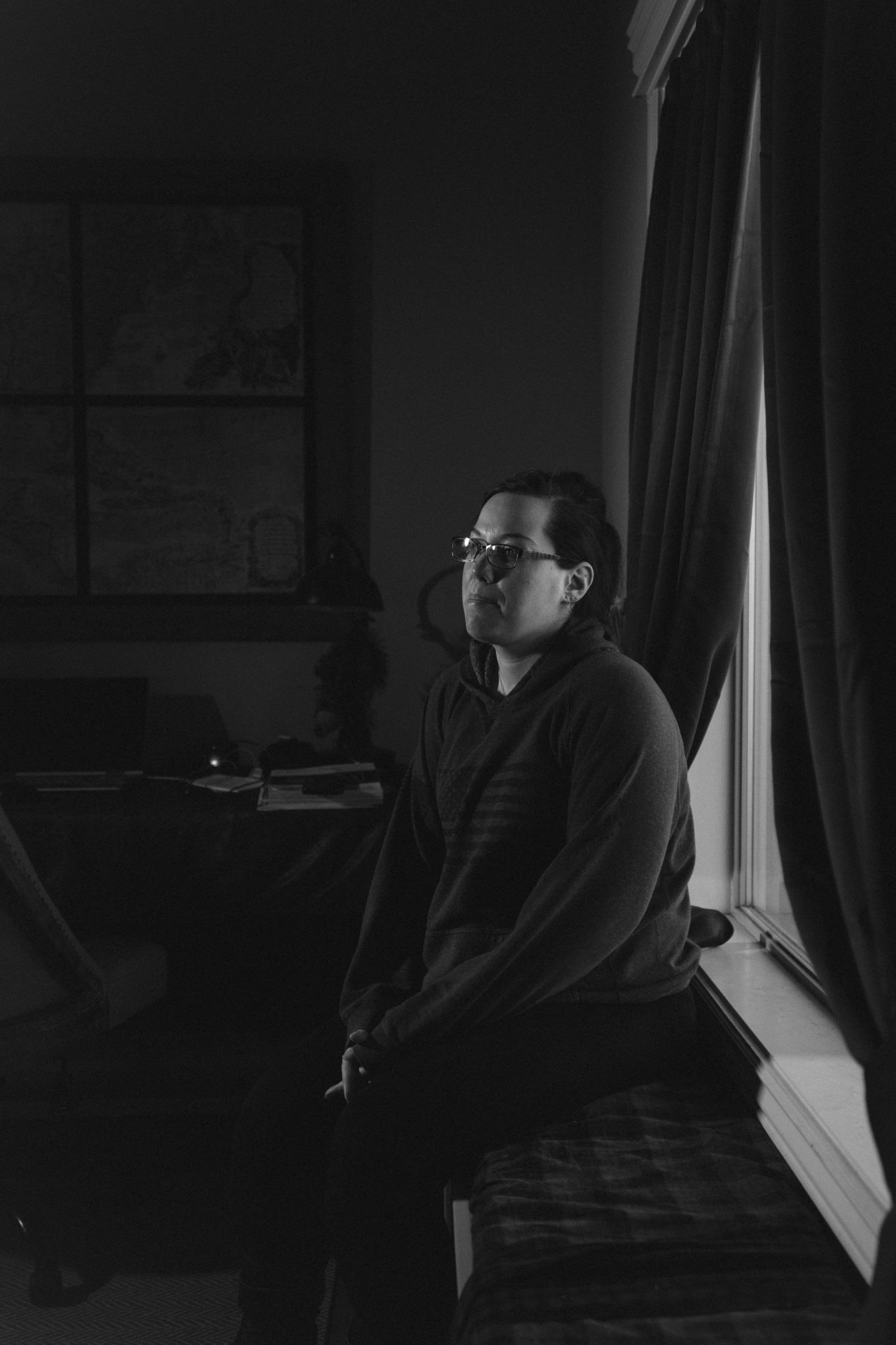 She didn’t hear back from the hospital for months and was resigned to the fact that despite Dollar For’s effort, her debt would remain. Eventually, she received another bill reminder in the mail from the hospital, but when she opened it, it was for $1300 instead of $43,000. That means over $40,000 of the money she had previously owed for her ER visit and surgery had been completely erased. “I was shocked by the letter. It didn’t really feel real until I got the third bill from the hospital with the updated balance.”

“I was shocked by the letter. It didn’t really feel real until I got the third bill from the hospital with the updated balance.”

Once it set in, she started texting all her friends and family about the news, and relief flooded through her. While all her problems related to the accident weren’t over, she at least had comfort that she wouldn’t be indebted for the rest of her life because of it. “At least one huge weight had been lifted off of my shoulders.” 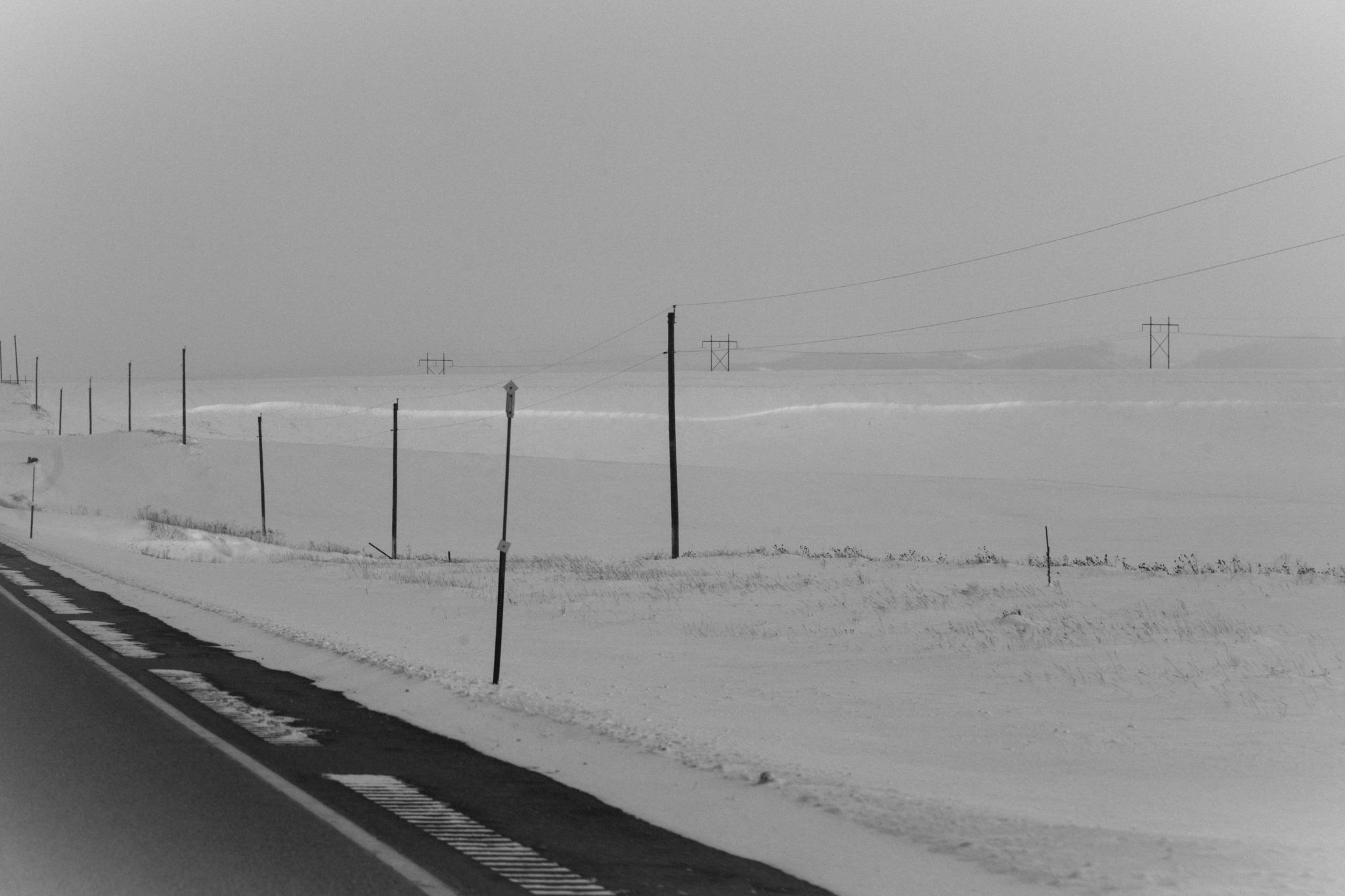 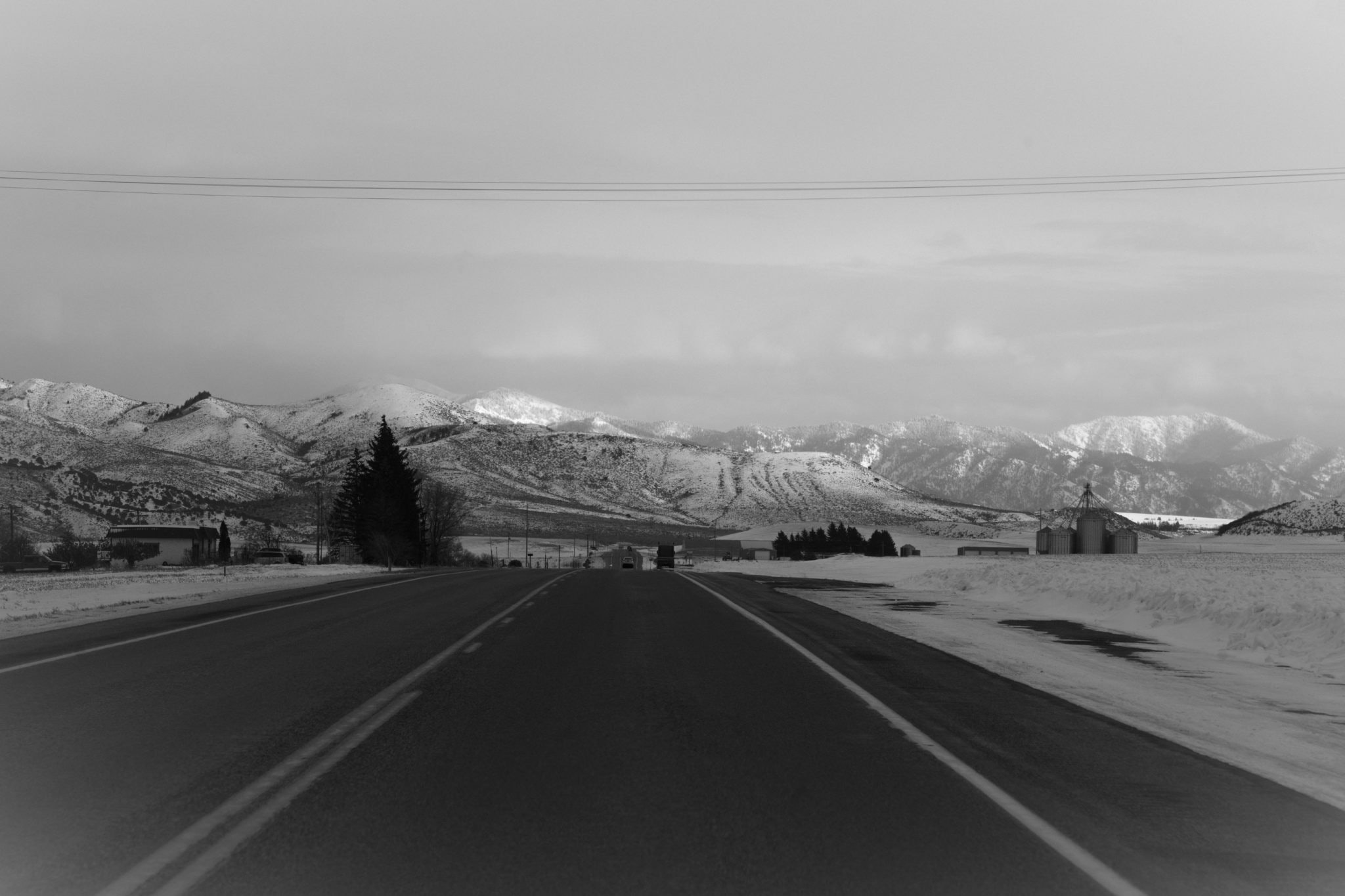 As part of the Affordable Care Act, in order for non-profit hospitals to remain tax-exempt, they have to offer programs that assist low-to-middle-income patients to reduce or remove their medical bills. However, according to Dollar For, “there is almost no federal oversight of charity care, so most hospitals do the bare minimum to educate patients about these programs.” A report by Lown Institute found that “72% of private nonprofit hospitals had a fair share deficit, meaning they spent less on charity care and community investment than they received in tax breaks.” In total in 2021, hospitals reaped $17 billion in tax benefits from their non-profit status that was not reinvested back through charity care or community investment as legally obligated.

There are millions of people in the US, like Jamie, who are carrying the burden of this $17 billion and feeling overwhelmed by debt that is legally required to be forgiven. Dollar For is working to educate patients about the policies at non-profit hospitals and aid them through the process of applying for Charity Care. To date, Dollar For has helped eliminate $19 million of medical debt, and they aren’t stopping anytime soon. 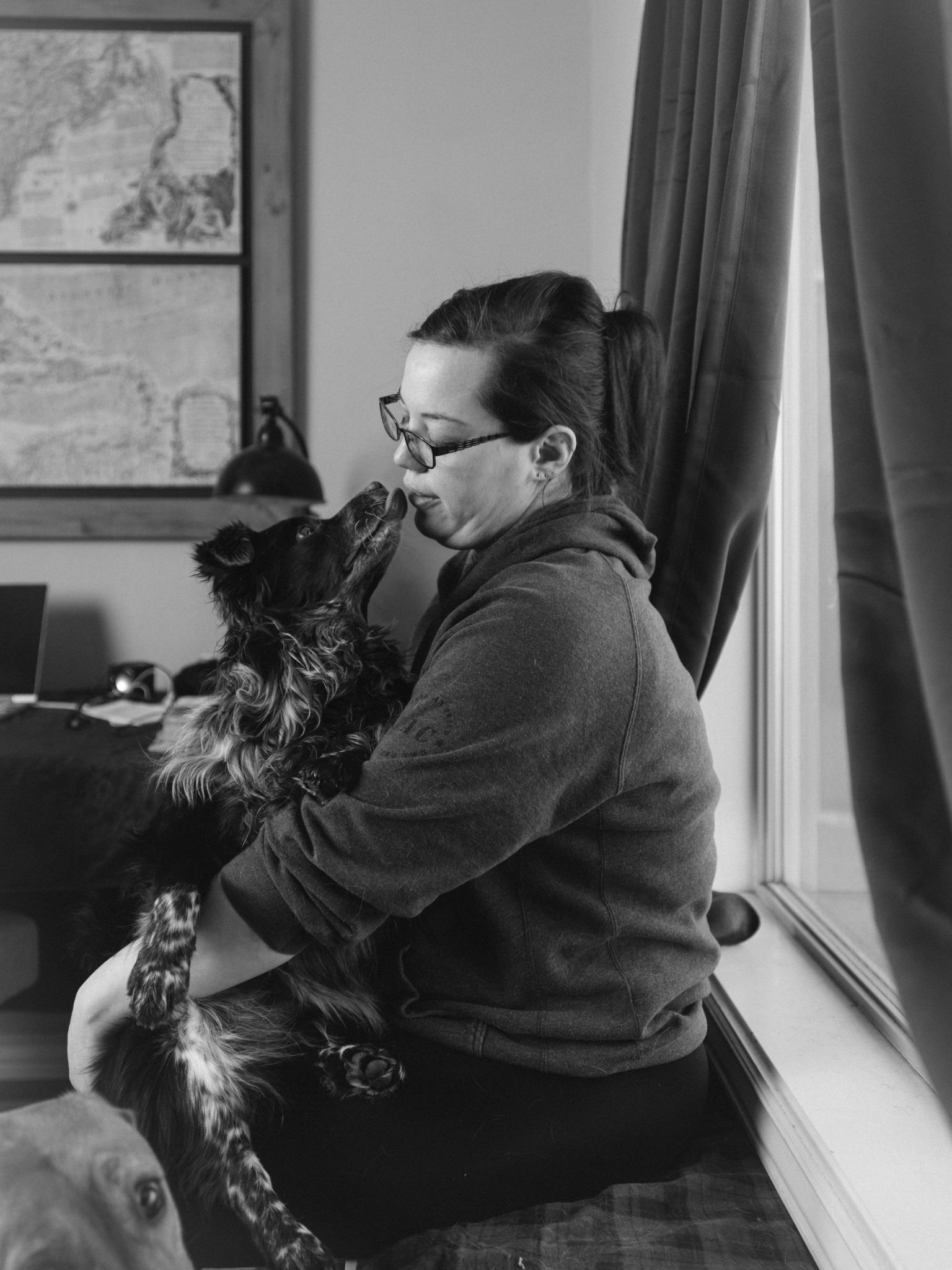 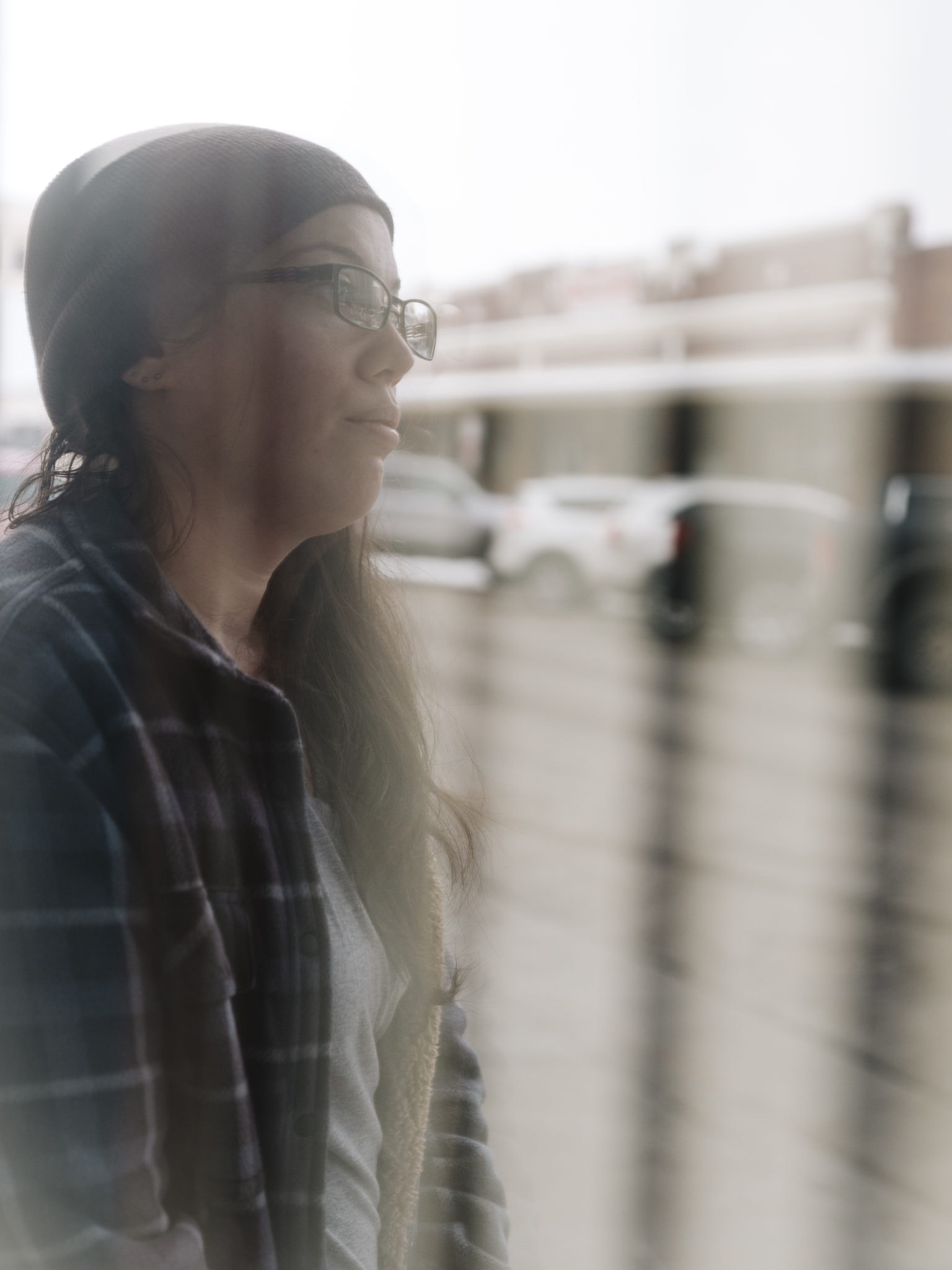 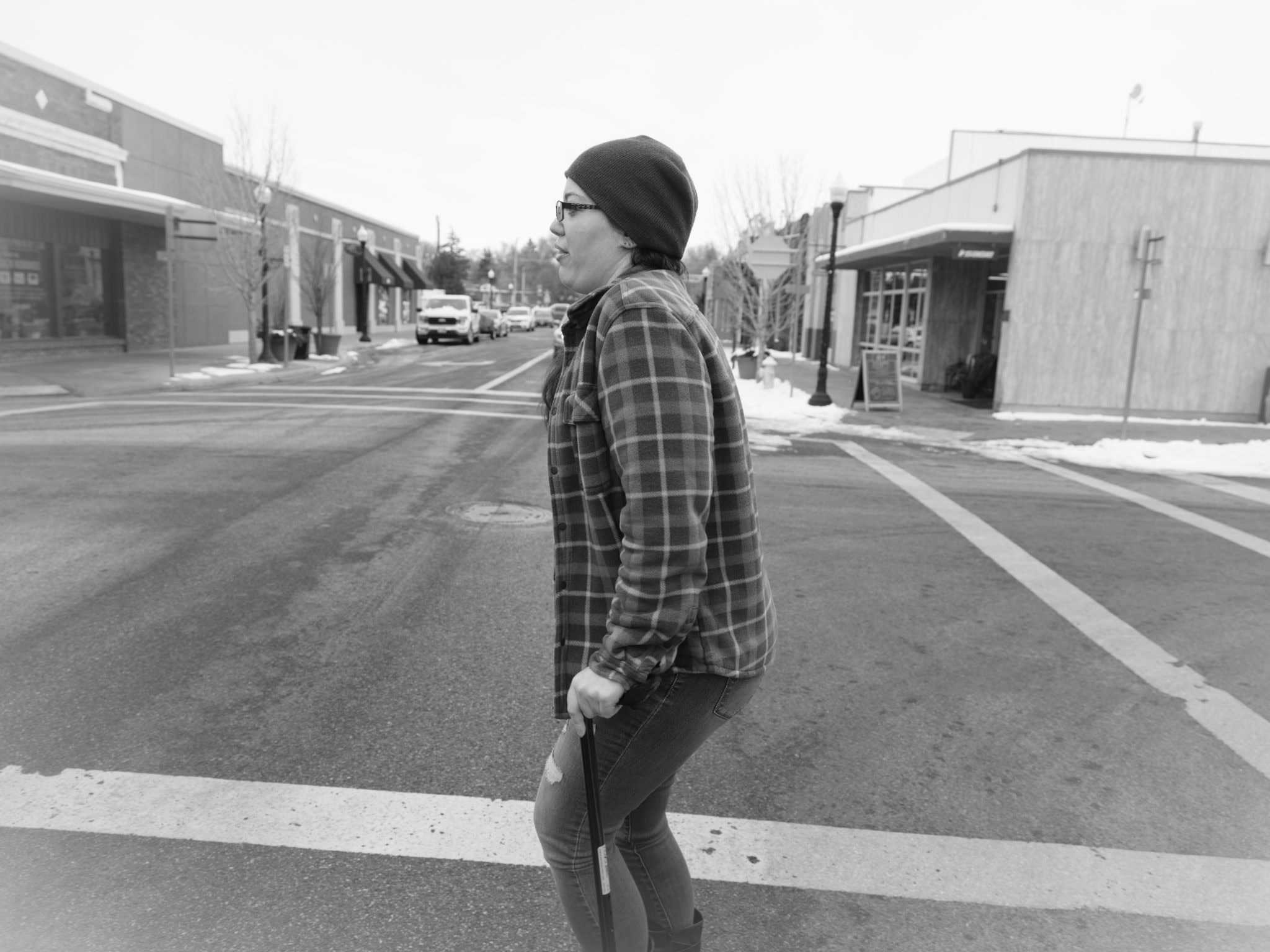 Growth Loan Playbook: Your guide to launching a character-based lending program in your community This…

Addressing the Impact of Incarceration with Briane Cornish

On this episode of More Than Profit, Bryce is talking with Briane Cornish, Founder and…

Recently, I stumbled upon this article in the NYTimes about a rise in student debt payments by…