Welcome to the third and final part of a three-week blog series where we’ve been exploring the concept of economic agency. In week one we explored how democratized investment models like Village Capital’s peer selection process can reroute capital flows to benefit entrepreneurs. Last week we delved into entrepreneurship as a wealth-building strategy and learned about Collab Capital’s fund that combats the wealth gap by investing financial, social, and human capital in black-owned businesses.

This week, we’ll be exploring Render Capital, Access Ventures’ $15M regional investment fund that serves entrepreneurs in Louisville and Southern Indiana. In February of 2020, we launched Render Capital with the mission of creating a robust and thriving ecosystem for entrepreneurs in our own backyard. Over the last two years, I’ve been fortunate to serve as a Senior Associate on the Render team, leveraging the deployment of risk capital for entrepreneurs who aren’t served by the status quo of the funding landscape in our geography. Render Capital assists local startups to overcome the barriers they face in accessing traditional financing by creating new funding mechanisms that are right-sized to serve the unique needs of early-stage companies. 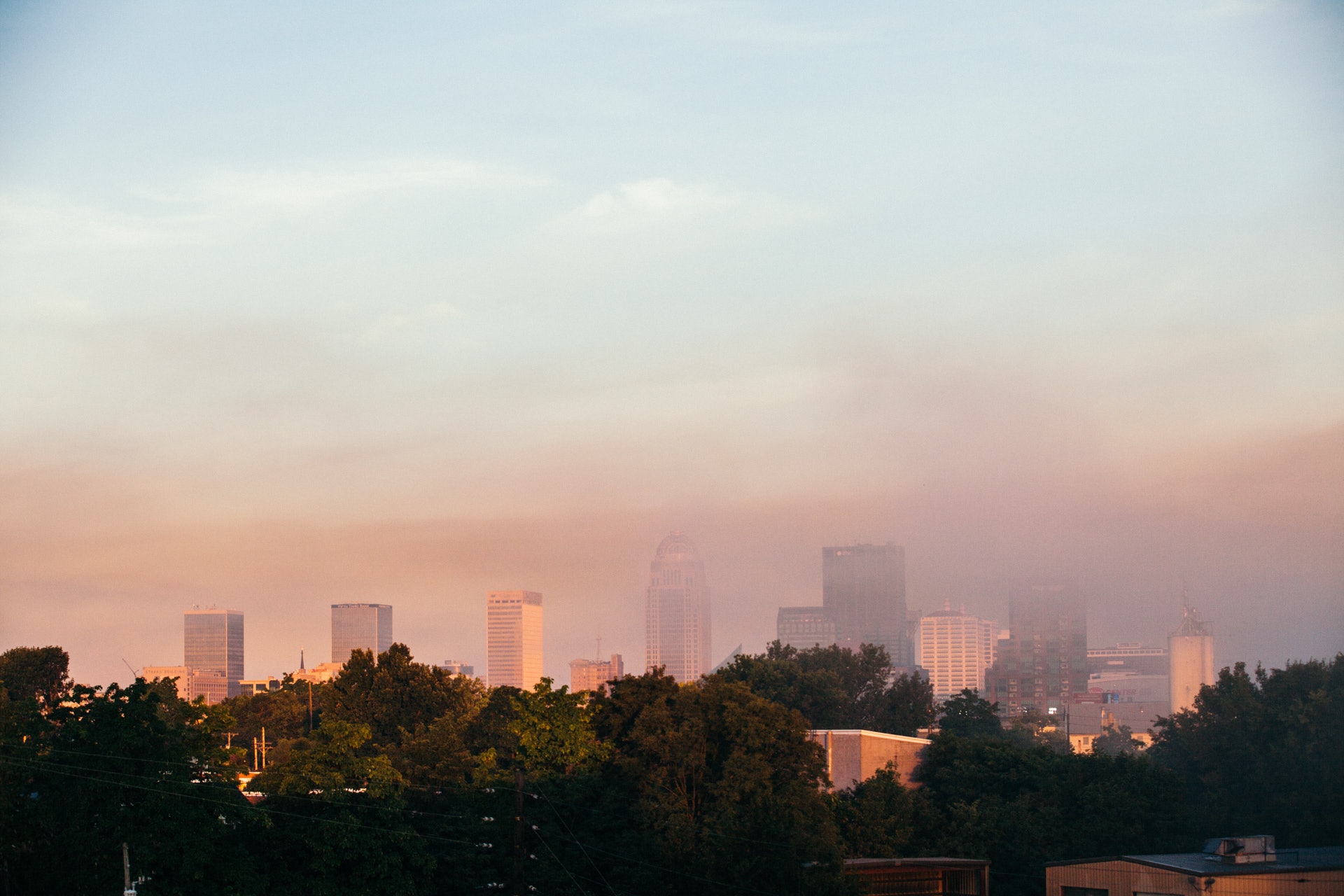 We often cite the statistic that 83% of businesses nationwide don’t take traditional funding like venture capital or bank financing. Our approach to creating local impact requires more than just building the capital products that serve our market. In order to fully realize our mission, it’s essential that our capital programs also strategically foster an improved sense of economic agency for the entrepreneurs that we fund. A truly equitable and dynamic economy in our region is one in which entrepreneurs, especially those that have been historically excluded, are empowered through capital investments to improve their own economic conditions on their own terms.

Render Capital ignites funding mechanisms that address barriers to equitable capital access in a number of ways. The first is by circumventing traditional practices that depend on an entrepreneur’s accumulated wealth to make lending decisions by instead providing character-based microloans to young businesses.

A majority of funding sources require that entrepreneurs have substantial financial collateral or credit scores to qualify. While this style of lending effectively mitigates risk, it also excludes entrepreneurs who lack access to wealth and credit (read: economic agency) at no fault of their own. Our character-based Growth Loan lends to entrepreneurs based on their ability to provide “equitable collateral”- i.e.their reputation, their business acumen, their business model, and future growth potential.

Next, we decentralize and democratize the flow of capital through crowdfunding and distributed decision-making. In 2019, Render Capital was selected as a venture partner by Wefunder and subsequently established our Wefunder Match Fund to promote the adoption of the crowdfunding platform locally. By matching local fundraising efforts, we bring new funders into the ecosystem and give entrepreneurs the ability to tap into local capital that wasn’t available before. 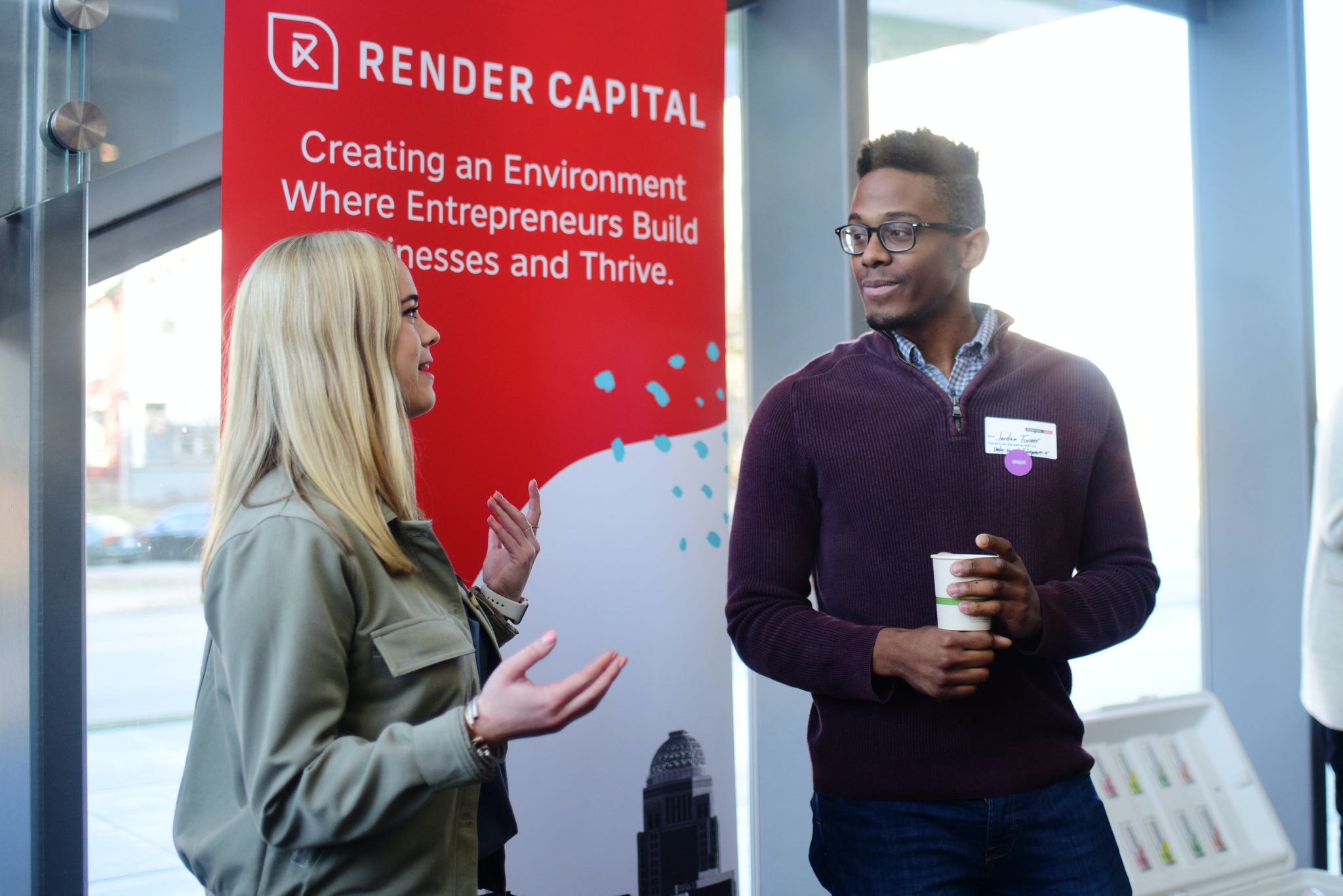 We decentralize our decision-making by entrusting community members to make decisions for how Render Capital funds are deployed. All lending decisions from our Growth Loan Fund are made by a committee of community representatives who meet face to face with each qualified applicant. Similarly, a community of more than 75 judges is entrusted to select the eight Render Competition investment winners from a pool of over 300 applicants. In both circumstances, Render Capital has a seat at the table as just one voice in many, ensuring that a diverse pool of perspectives is taken into account.

In addition, we create products that provide capital to companies at the earliest stages, when capital is most impactful and the most difficult to obtain. For tech-enabled, high-growth startups, we host the annual Render Competition to provide venture-style investments to companies before they see the traction that most VC firms would require. The eight annual investments awarded through Render Competition are important to build the density of venture-qualified companies in our region. Our later-stage capital programs are designed to continue to support those growing companies as they seek additional funding.

We are excited to announce the launch of the Render Capital First Dollar program that provides $5,000 grants to twenty Black and Brown entrepreneurs in Louisville.

For Black and Brown entrepreneurs without wealthy personal networks, we collaborate with community partners to provide early-stage startup funding to overcome the friends and family funding gap. Today, June 1, 2021, we are excited to announce the launch of the Render Capital First Dollar Program that provides $5,000 grants to twenty Black and Brown entrepreneurs in Louisville. The disbursement of a total of $100,000 in grants will be facilitated by four Black-led organizations that work closely with the early-stage businesses that will receive funding: Louisville Urban League, Russell: A Place of Promise, GEDDI, and Change Today, Change Tomorrow. To continue in the spirit of decentralizing decision-making, Render Capital believes it’s important for those who work closest to our target audience to have control over the selection of grant recipients. We look forward to celebrating the twenty businesses that will receive awards by the end of the year.

Fostering economic agency for the individuals we serve is the guiding objective for the work that we do at Render Capital. We believe in the extraordinary power of entrepreneurship as a tool for individuals to improve their own economic condition, on their own terms. To support a thriving ecosystem in Louisville and Southern Indiana, we provide capital products that serve traditionally excluded and underinvested entrepreneurs in a variety of ways. By redirecting the traditional flow of capital, we have the potential to address the negative impact that biased structures have on our region and build more inclusive opportunities for all.

In case you missed it, we are in the middle of a discussion about what…

To execute our mission of creating a more inclusive and creative economy, Access Ventures supports…