What is blockchain? Why should I care? How can it have a positive social impact? Learn about the basics of blockchain and why we are investing in it by downloading and reading this new resource.  Sign up to download! 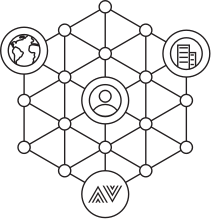 One of the most frequent questions we get at Access Ventures is “Why blockchain?”

It’s understandable. The rest of our portfolio and partnerships, in spaces like housing and entrepreneurship, are easier for most folks to associate with our mission. One line of that mission talks about how we envision “an economic environment guided by the pursuit of equitably distributed growth.” Unfortunately, equitably distributed growth is hard to realize in a society that’s quite literally built on centralized infrastructures, gatekeepers, and intermediaries. It’s a society in which, to reference an earlier example, 27% of Americans are without adequate financial services.

“Blockchain has the ability to positively disrupt the very foundations of national and global infrastructures in ways that meaningfully improve communities.”

Blockchain can change all that. It has the ability to positively disrupt the very foundations of national and global infrastructures in ways that meaningfully improve communities. That’s why blockchain is a key initiative of ours, and that’s why we’re hyper-focused on recognizing and overcoming adoption challenges.

At Access Ventures, we’re catalyzing the development of technology which facilitates access to the economy in exciting new ways, and which we expect to become as prevalent and disruptive as the internet. Our goal across our blockchain initiatives is to partner with organizations who are making the marketplace more accessible to startups and end users. So far, that’s meant investing in organizations whose inherent function is decentralizing the economy, and it’s involved working with startups whose effect (if not stated purpose) is disintermediation.

As blockchain continues to evolve, its effects on the inclusive economy will change too. Continue following our blog and blockchain initiative to see how Access Ventures is leading the way in the blockchain space.