Our Controversial View On Blockchain

“How is blockchain technology, by itself, an impact investment?”

That is the most consistent question I have received since announcing our blockchain investment initiative. It’s a fair question given Access Ventures’ role in the impact community and in pioneering a one-pocket investment mindset. This post is my attempt to answer the question.

The sufficiency of my answer relies on a shared understanding of blockchain technology, so I will begin with an overview.

What Is Blockchain Technology?

Blockchain technology broadly describes a network of unrelated and decentralized parties that work together to update a shared electronic ledger. There can be any number of blockchain systems which track anything from payments between parties to local traffic patterns. The technology is simply a distributed platform on which other operations function.

The data contained in the ledger isn’t as important as how the decentralized network functions. The ability for unrelated parties to agree on the shared state of a ledger has created the first-ever unique digital asset. There is no ability to “copy and paste” these digital files, which is why the original use case for the technology was digital money.

Furthermore, a decentralized network is one that functions without a central authority or intermediaries. This aspect of the technological innovation begins to activate one’s imagination as it has the potential to drastically change how the world functions.

Since launching our blockchain investment initiative I’ve had the pleasure of discussing it with dozens fellow impact investors. A common point of debate has been the impact of the technology with many investors stressing the importance of funding applications of the technology aimed towards sustainable development goals. While we wholeheartedly support those applications, we see them as last-mile developments during a time in which the industry is still grappling with its first mile.

These discussions are typical of the current impact paradigm which prioritizes a direct line of sight to improvement. Unfortunately, blockchain does not fit that paradigm because it cannot deliver on its impact potential without first reaching a level of maturity which requires that core infrastructure is defined, laid, and battle-tested. 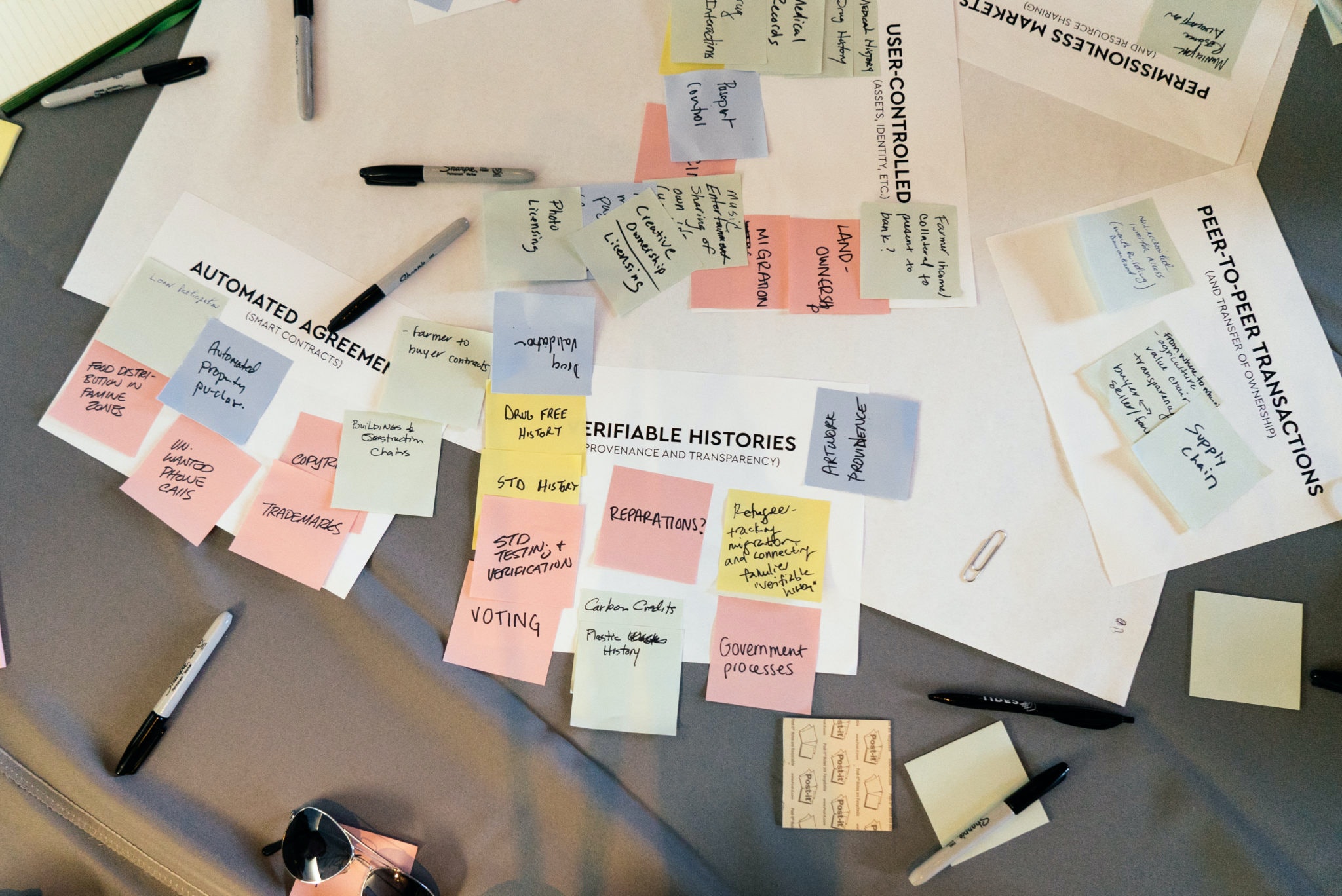 So how do I view the impact of blockchain technology? Simply put, I see it’s sheer existence as impactful. In fact, at scale, I believe it can be the most impactful technological advancement since the internet itself.

Why such a bold claim? If you consider your impact project of choice, you won’t have to look too far to find a trusted third party playing a role in creating or perpetuating the problem. Whether it be a regulatory body obscuring the environmental impact of a project or financial institution refusing service to customers with small dollar transactions, the issues we care about can be addressed in drastically new and effective ways on top of a decentralized blockchain infrastructure.

An example of how blockchain technology can be applied to the common impact initiative of financial inclusion: There are 1.7 billion people around the world without a bank account, and billions more without sufficient access to equitable financial services. Current solutions to expand access are wonderful, but they, unfortunately, have trouble outpacing underlying population growth. Applying a decentralized blockchain infrastructure to this problem removes many of the systemic barriers that create the problem in the first place. With blockchain as a foundation, bank operations can flow more easily as they operate under all new business models that can profitably service account balances that would be too small to be worth the investment of a traditional bank. Further, bank operations are less expensive because the blockchain foundation has a built-in fraud solution through its hashing and digital signature properties. These benefits (and many more) combine to create a better risk-reward environment in which innovation flourishes in ways that are inclusive to previously marginalized consumers.

TJ Abood is the Chief Investment Officer at Access Ventures, leading our investment strategy across all asset classes including blockchain and venture.

Mrs. Fasoro Christina grew up in Osun State, Nigeria, about four hours away from where…

Exploring the Future of Web3 with Shawn Cheng

On this special episode of More Than Profit, Ben Terry, Chief Creative Officer, and TJ…

On this episode of More Than Profit, Bryce talks with Alexandre Lazarow, Partner, Head of…