Can blockchain technology be the solution to economic exclusion? Recognizing that economic exclusion happens as trusted third parties centralize the decision of who may participate in the economy, blockchain’s potential to work around large institutions is certainly promising. When comparing a blockchain option to current solutions there is an apparent reality that, although well-meaning, existing solutions do not provide the decentralization necessary for the economy to function for all.

Let’s review the status quo: there are many wonderful products and programs to address economic exclusion and the aggregation of marginal gains is a real thing. In fact, from 2014 – 2017 the world saw 300 million people access the banking system for the first time. That’s a significant achievement and those involved do not receive enough credit. Unfortunately, the improvement is dwarfed by the 1.7 billion people that still lack access, which is more than 22% of the global population. Going further, it’s important to note that the figure of unbanked doesn’t incorporate the billions of people who are underbanked — who have access to the financial system but no agency within it.

At the current rate of improvement, adjusted for population growth, it will take more than 20 years for all global citizens to have access to a bank. This, of course, assumes they overcome the obstacle of having enough money to justify an account, which requires a combination of access to financial services and ability to earn wages. Given the present reality, it’s logical to conclude that we need options that offer massive leaps forward in economic inclusion to affect real and lasting change.

So the status quo provides solutions that are only marginally effective when we need disruptive reform. We believe the large-scale disruptive impact of blockchain technology may provide the foundation for a more comprehensive reform. 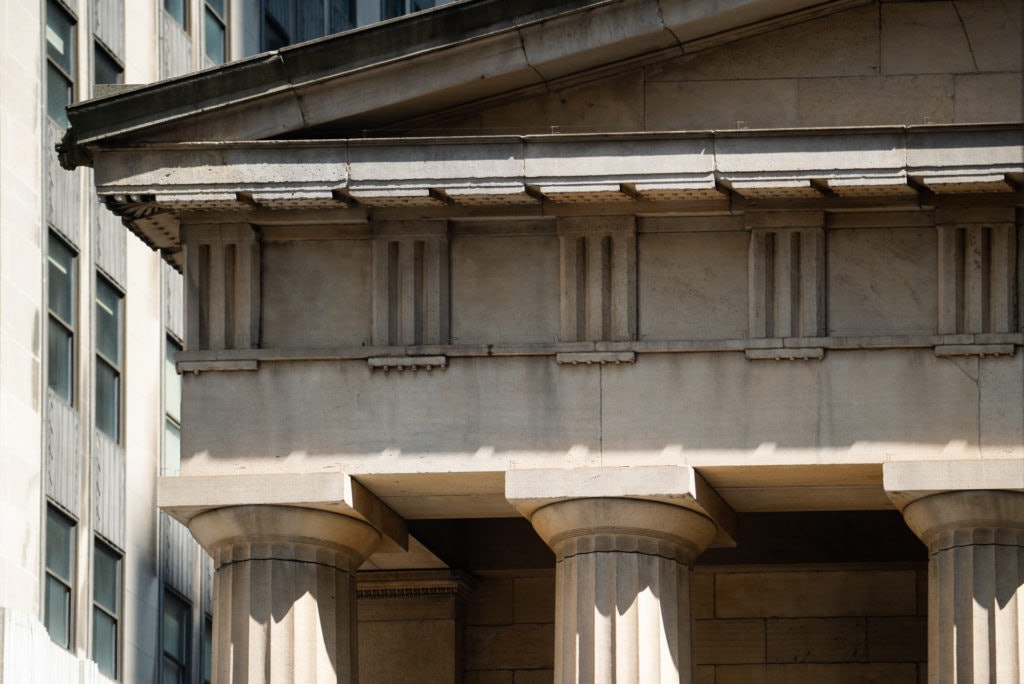 Although it’s hard to believe that our polarized society would produce anything beyond disagreement and complacency, it’s possible for a unifying motivation toward action to exist today. A unifying motivation is bigger than the desire for a different outcome, rather it is the inescapable need for one.

The French Revolution is a good example of a unifying motivation which led to true reform. The common french citizen experienced such deep economic, political, and social depression that it unified otherwise disparate groups to take action against the central ruling class of the country. The war led to the removal of the monarchy and precipitated Europe’s shift towards liberty, freedom for the common citizen, and the abolishment of formal slavery.

It is our belief that the global financial crisis beginning in 2007 provided such a unifying motivation for people to act. The effects of the banking collapse reached every corner of the earth. Everyone was affected in one way or another through unemployment, loss of purchasing power, economic stagnation, or asset devaluation. Mass frustration at this scale has manifest itself in skepticism and political upheaval, with common enemies being the central figures of the collapse: banks and governments.

If people have a motivation for change, why haven’t we seen reform? Until recently it’s been difficult, if not impossible, to coordinate change at a global scale. We are, after all, talking about finding a new way of doing things that remove the central agents of power in our lives.

Since the financial crisis began the foundation of security for people around the world, their government and financial system, have failed them in dramatic fashion. Those same institutions received special treatment in order to triage the economic impact while everyday citizens had little to rely on other than each other. It’s no surprise that a technological breakthrough which facilitates global interaction in a trustless fashion was developed during this time.

In essence, blockchain technology enabled society to create a new and viable options to many centralized structures. The network design prioritizes decentralization and security, which produces a resilience that allows it operate despite government attempts to thwart it. There is no single owner or jurisdiction governing a blockchain system, therefore it can exist and operate as long as it has participants.

The first application of this technology was the digital currency Bitcoin. Because a blockchain system facilitates a truly unique digital asset (something that cannot be copied), it is a natural foundation for a monetary system for the digital age. Bitcoin and its use has made headlines for years given the early use cases it powered. However, technologists look beyond Bitcoin to the vast number of use cases blockchain technology can power.

Given the ability to produce trust between parties without an intermediary, blockchain technology paves the way for structural reform. At the core of this innovation is the ability to avoid institutions that draw the lines of economic participation. Case in point: the more than one billion people that do not have a bank account because they don’t have enough money have been deemed too risky for banks and regulators.

Of the many effects of being outside the financial system, the impact of removing participation from digital economy can havecostly effects on the most vulnerable people. While Silicon Valley firms hail the gig economy, in which people are able to earn money on their own terms as drivers, translators, etc., many cannot take advantage because they don’t fit within the economic boundary lines of participation. It’s at this point we can see blockchain technology provide the foundation on which structural reform is built.

Blockchain systems can eliminate barriers for people to enter the economy and in so doing produce significant economic impact. As digital currency networks mature, forward-thinking organizations that compensate employees and contractors in the currency of their choice will be able to unlock a massive new workforce. Suddenly the gig economy can open up for all willing participants and allow organizations to gain access to new suppliers and specialty labor pools.

An example of a blockchain-powered company attacking economic exclusion is Celo. The company provides a platform for digital payments that anyone can access for cheap, reliable, and fast cash transfers. The company doesn’t stop there as it provides an opportunity for users to earn currency by securing the network with excess data under their phone plans. Celo isn’t a pilot project of an NGO but a for-profit company with backing from the notable investors.

As exciting as the technology seems, its solutions remain nascent. The most mature networks are still small by comparison to centralized counterparts and the manner in which these systems operate is evolving at a dizzying pace. Furthermore, the industry faces headwinds from technical, regulatory, and competitive forces that will challenge the pace of innovation.

Although It’s impossible to predict the long-term potential of new technologies, we believe blockchain technology at scale will be a positive force to the benefit to billions of people around the globe.

If you feel the same, follow along by subscribing to our newsletter!

TJ Abood is the Chief Investment Officer at Access Ventures, leading our investment strategy across all asset classes including blockchain and venture.

Why A Digital Financial System Is Impactful

Access Ventures exists to create an inclusive economy, and our one-pocket mindset channels our investment…

Homelessness. Every person who has or is experiencing homelessness has their own story, their own…

Addressing the Myths of Homelessness with Marcus Stubbs

On this episode of More Than Profit, Bryce talked with Marcus Stubbs, an ambassador of…