Opportunity Zones are a hot national topic and there are varying opinions on what will happen with them. Access Ventures is hoping opportunity zones can focus investment strategy and help answer questions we have been asking for the last decade. How can you build an investment strategy that helps entrepreneurs across the country from all backgrounds, not just the 1% of companies that raise venture capital? How can you rebuild some of America’s most storied communities, while ensuring that wealth is created for these communities and not just extracted from them? And how can you integrate a good business idea, and an important societal mission, into one investment pocket, rather than separate them into two?

While at the Sorensen Impact Winter Innovation Summit earlier this month we spoke to John Lettieri, President and CEO of the Economic Innovation Group (EIG), about opportunity zones, misconceptions surrounding them, and what success might look like for them. Here is what he had to say.

How do you define opportunity zones?

The whole thesis behind opportunity zones is that there’s a lot more potential in our country than we’ve often understood. That there are communities nationwide (rural, suburban, urban) that have a lot of untapped potential and a lot of capacity to grow if they’re given the tools. So what opportunity zones really represents is a tool to help local solutions thrive—and that’s all it is. It ’s not a strategy, it’s not a solution to every problem, but it’s a way of shining a spotlight on communities with that potential and giving them an organizing principle. A catalyst that helps in a whole variety of other areas.

You have communities who have taken a very creative approach and said, “This is our chance to harness all that potential that’s been on the sidelines, to get local anchor institutions, local stakeholders, leaders in the civic, in private sectors, in philanthropic sectors; all at the same table, talking about how we reclaim our economic feature. That’s really exciting to me because it speaks to the inherent nature of this. It speaks to what we, and what those members of Congress, believe at the beginning which was, if given the right types of tools and given a chance, these are communities who really can thrive and I think will surprise a lot of people in the long run for how well they do with this.

What are some common misconceptions about opportunity zones?

There’s a lot of misconceptions, I think part of that is the function of the fact that it’s new. Part of it’s the function of the fact that with the rules still being written, that only a sliver of the marketplace has been able to organize and actually put this into practice. Probably the biggest misconception is that this is a real estate incentive—that that’s the whole point of it. Real estate is certainly a part of the spectrum of activities that were envisioned here but when the rules are written, it’s going to allow the most important part to take shape which is the operating business investment side of things. Again, at the heart of this is really where do you create jobs? Where do you get innovation in an economy? Where do you get the kind of wealth building and opportunity enriching effects in a local—it’s from entrepreneurship and it’s from new and scaling companies, so that’s where it needs to move.

The misconception is, because all you see today primarily are the real estate headlines, that that’s what it was first and foremost intended to do. I think the other misconception is that it’s like the Amazon incentive, that it’s an incentive that goes to a company just for moving there; no matter what they do. It’s really very different from that, it’s to capital to find those new and scaling businesses not big incumbent businesses to invest in. So it’s a relatively constrained and focused incentive that says within this land, you can do all kinds of different things, but we’ve excluded large publicly traded companies, we’re not paying you just to move into the zone, and it’s not just for buying and holding real estate. You have to make substantial improvements, you have to be additive in your economic activity. I don’t expect people to know all those things because this is tax policy and it’s complicated but I think in the fullness of time and as people see fully mature market functioning in these areas that a lot of these misconceptions will go away. What was difficult about passing the opportunity zone legislation?

I think the most difficult thing about getting it passed was first introducing why it needed to be passed. Getting people around the country on the same page about the challenge of regional inequality and the uneven growth we’ve seen since the end of the recession and how that’s changed the prospects of American communities nationwide. So we spent a lot of time building that case, doing original research, showing members of Congress and other policymakers the data on how those trends have changed, and what types of challenges that opens up–that really cry out for a policy solution.

But the good news was that once we were able to show people the information and really make a clear case in the data, people responded. We saw over 100 co-sponsors, folks from the right and left in Congress, coming onboard. When you have nearly 100 co-sponsors on a piece of tax policy that spans that kind of political spectrum, it really shows that no matter who you are or where you are as a policymaker, this was resonating in many, many different types of communities. That was a good indication to us that there was a lot of potential.

The whole thesis behind opportunity zones is that there’s a lot more potential in our country than we’ve often understood.

What are practical next steps for someone interested in opportunity zones?

The part I’m most focused on, in many ways, is the community stakeholder aspect. How do mayors and governors, how do local anchor institutions, how do they figure out what their role is in this whole thing? They can play an essential role. So we’re working with both ourselves and with partner organizations to get the tools out into the field so that folks know what this is intended to do, that we address those misconceptions that sometimes get in the way of the right kind of local strategy and that we’re encouraging cross-pollination. Mayors talking to mayors, local investors talking to other local investors around the country to share best practices and ideas. What’s amazing is already leading to applications for this we never thought of and ways of communities binding together actually.

We have rural communities saying “We’re going to, as a regional, rural set of communities, we’re going to create our own opportunity fund and work together.” Very much the rural ethos of neighbor helping neighbor. You’ve got entrepreneurs in underserved parts of major cities who’ve said, “This is an incredible opportunity to access capital”, and local investors are saying, “I did well, I want to help the next round of entrepreneurs from my community.” So that ability to be nimble, to be creative, I think is all there. It relies on the tools. It relies on people knowing how to use it and so that’s what we’re very focused on. I think as the market matures, you going to see a lot more of that local awareness and a lot more of that creativity, that again, surpasses what everybody would have imagined even on the front end. So we’re very excited about that.

So Opportunity Zones is a flexible tool that can be used for housing, retail and commercial real estate. It can be used for operating businesses and entrepreneurship, which is really the part that we’re most focused on. How do we get capital, particularly equity capital, which is what this is based around businesses that need to start or scale in underserved areas. So number one, I would be looking for: do we see more entrepreneurship and more scalability of those companies? Number two, do we see more access to opportunity broadly for residents of those communities? Does it have the follow-on effect of that reinforcing economic activity that is attracted by that new source of capital? And are you seeing stronger civic and social fabric being built because of that renewed interest and collaboration?

We’re starting to see the signs of all of that very early in this process but again, ten years plus, this is a long term thing so we really won’t know for much longer. But, I think in the long run, those are the hallmarks of success and obviously because those places were chosen on basis of eligibility, relating to poverty and income, we want to see those trends move in the right direction. There’s a really good way to test this, the places the governors chose, were more distressed across every metric than the places that were eligible that they did not choose. So, if in the longer run, those fates cross and you have the places that were chosen, which started at a lower baseline actually surpassing the places that were not selected–that’s one indicator that an asset class of places, that the fact of being designated as an opportunity zone, has had an uplifting effect on their community’s prospects. 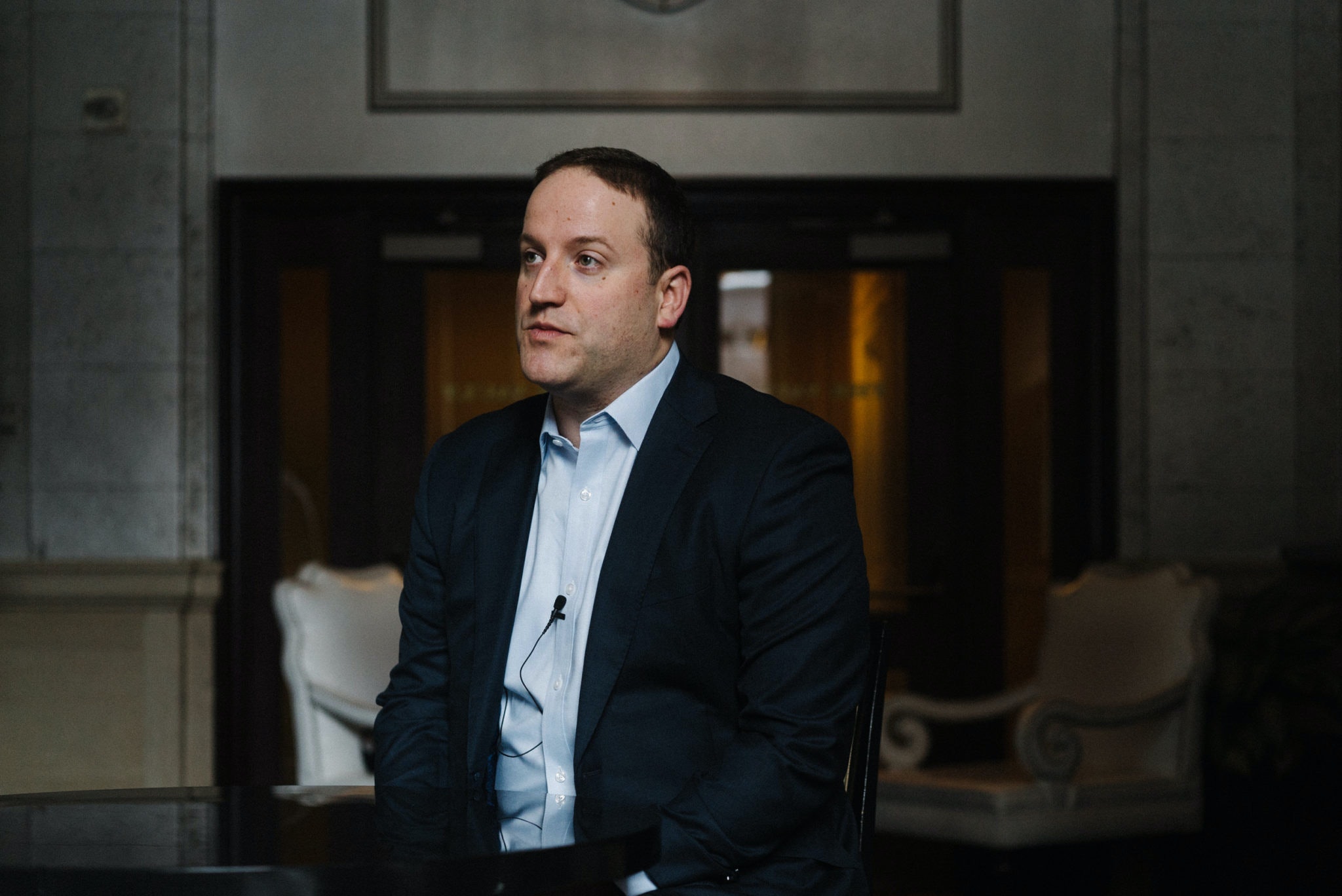 What is EIG working on with opportunity zones in the near future?

We’re very focused on the needs of communities, workers, and entrepreneurs nationwide. We believe in the potential of this country, we believe we’ve gotten in the way of our own potential particularly on the dynamic entrepreneurial side of things and a lot of that is a policy failure. So opportunity zones was one snapshot of a much broader spectrum of things that we care about. Where we think policy can play a catalytic role in allowing the American economy to do what it wants to do. We actually have an entrepreneurial edge to our economy that is our biggest advantage in our view and we have to protect that at all costs and I think policymakers have taken their eye off the ball. So we’re going to be spending a lot of time on the human capital component of that in the year ahead. So how do we free up workers and entrepreneurs to be more dynamic in the labor force, to be more dynamic in the business market, and to promote that healthy competition that helps our whole economy thrive?

This video is part of our Five Questions series with leaders in the impact investing space. Watch more videos from the series here.

The Magic of Employee Ownership With Levi Smith

On this episode of More Than Profit, Bryce talks with Levi Smith. Levi is President…

Why A Digital Financial System Is Impactful

Access Ventures exists to create an inclusive economy, and our one-pocket mindset channels our investment…

On this episode of More Than Profit, Bryce talks with Patrick Henshaw, Managing Director of…