The institutions which facilitate our economic life are prone to excluding the most vulnerable consumers among us. Too many people find it difficult (or altogether impossible) to access many parts of the formal economy. For example, twenty-five million American households are underbanked, and nine million more do not have a bank account of any kind. Banks, in fidelity to their mandate to maximize shareholder value, service only those customers that meaningfully contribute to their bottom line. Meanwhile, millions of unbanked Americans cannot access the myriad of conveniently available–and often more affordable–products that are provisioned by e-commerce sites like Amazon, since these sites are logistically dependent on electronic banking.

Yet consumers who are frozen out of participation in the formal economy generate significant economic activity. Access gaps, such as an inability to open a bank account, are bridged by a combination of informal and shadow economy merchants, charitable organizations, and the government. None of these solutions to economic exclusion are ideal.

The first of these three bridges tend to be predatory and exploitive with a poor customer experience to boot. A 2016 study by the Center for Financial Services Innovation (CFSI) found that the financially underserved generated one hundred and forty-one billion dollars in fees and interest paid to non-standard financial services providers. Because these consumers tend to be the most vulnerable among us and have few options, these merchants are all too often exploitive. Payday lenders, for example, extract nine billion dollars in loan fees from twelve million Americans. The average of these borrowers spends five months in debt and pays $520 total dollars in fees in order to borrow $375 dollars. A family that cannot open a bank account, let alone gain access to a credit card, has little option but to accept such exploitation when an emergency dictates that a cash need can’t wait until next Friday’s payday.

Charitable organizations and government-backed programs on the other hand, are more benevolent in their attempts to bridge the participation gap. A family that has been burned by payday lenders in the past but can’t afford to buy groceries during the final days ahead of a payday, for example, may opt to visit a soup kitchen. Similarly, social welfare programs like subsidized housing or government-sponsored health plans are important bridges for people who find themselves priced out of a home in their city, or frozen out of the employer-sponsored health plan market. These are important, but they are not ideal. Charities rely on philanthropy that can dry up when beneficiaries are in their deepest times of need–such as during times of economic recession or depression. Government-backed programs, on the other hand, can be similarly volatile as they are subject to changes in administration and prevailing political sentiment. 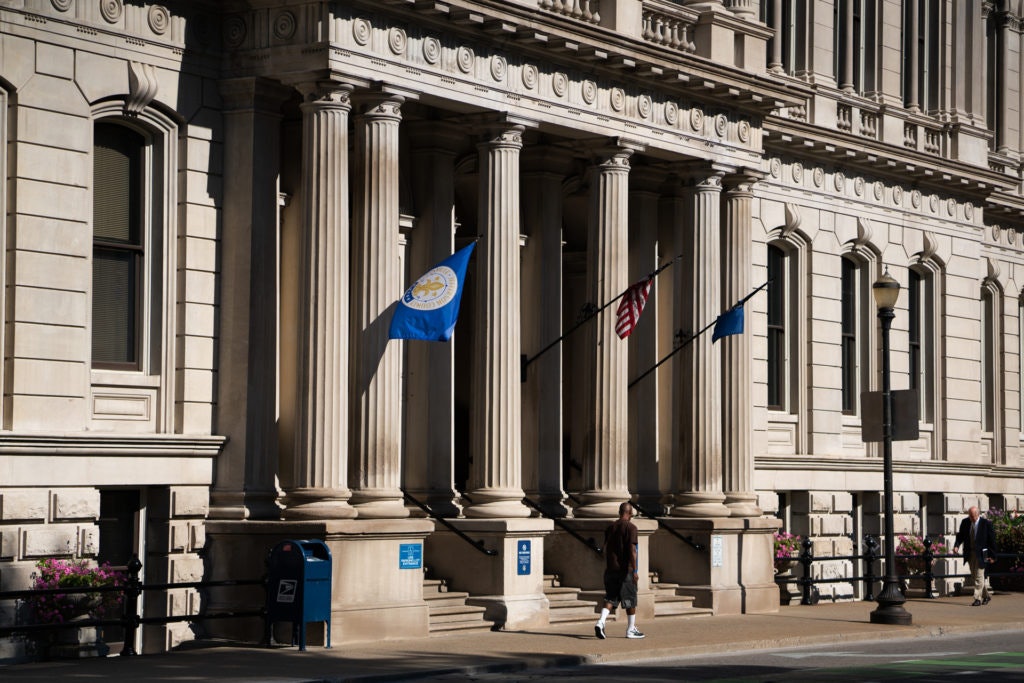 Even worse, both forms of intervention have an agency problem. A mother or father who relies on outside support to clothe and house their family loses a piece of dignity relative to being in a position to provide these things on their own. Charitable programs would not exist in an ideal society. All members would instead be empowered to meet their own needs. But that is not the economy we live in today, and charitable intervention plays an invaluable role in caring for those who are unable to meet their own short and sometimes even long-term needs.

As new technologies emerge, a new bridge presents itself to the discerning entrepreneur: innovative onramps to the formal economy in the form of business models that are responsibly optimized for the overlooked consumer. This fourth solution is often more dignifying and comprehensive than what shadow merchants, charitable organizations, or government programs can manage.

As new technologies emerge, business models that profitably and responsibly serve the overlooked consumer present themselves to the discerning entrepreneur.

Fig Loans, for example, was started when a set of investment bankers set their minds on underwriting innovation that could support small-dollar personal loans. They looked to the astronomical fees that payday lenders extract from millions of Americans that cannot access traditional credit, and sought to design a company and an underwriting procedure that could profitably but responsibly meet the banking needs of those without access to traditional credit. Fig is now live in three states and is placing loans at an APR that is over 70% lower than the average payday loan.

Hugo Insurance, on the other hand, is targeting the forty million non-standard drivers in the United States. Thirty million of these drivers are uninsured and in danger of losing all driving privileges (or worse) at any police stop. Hugo specifically targets the majority of these drivers who are uninsured against their own preference; drivers who want to be insured, but who simply can’t access insurance in existing markets. Women and Men who are acutely aware of their need for insurance, but who are forced to take on the personal risk of driving without insurance for the simple fact that insurers require them to submit a large upfront payment to qualify for insurance. Hugo is able to serve these consumers by introducing a “pay as you go” streaming insurance option which allows a client to pay for insurance in hyper-precise installments. A customer simply texts Hugo to activate coverage before a trip to the office or grocery store, and deactivates coverage with another text message upon arrival. This innovation has allowed Hugo to craft a ten billion dollar addressable market at an affordable price point. In the process, the company has transformed millions of drivers from underserved, ignored, and actively avoided, to valuable clients.

These solutions are invaluable because they facilitate formal inclusion into the economy in a manner that restores the dignity of those consumers that have been overlooked and excluded. Fig and Hugo have crafted business models which responsibly treat the formerly excluded as customers, and not as recipients of charity. They have tapped creative innovation to turn a legacy access gap into opportunity for their business, and for marginalized consumers. They also share a common spark that has enabled them to exist: the internet.

An exciting component of groundbreaking technology is this ability to reduce economic barriers of access. The assembly line expanded access to auto transportation and increased freedom of movement for many who couldn’t dare dream of owning their own vehicle. Voice-Over-IP turned international calling from a luxury available to large multinational corporations and affluent telco customers to a commodity that a villager in a remote part of a poor nation can use to stay in touch with relatives across the globe.

We therefore get excited when a new technology emerges and promises to expand (or erase) boundary lines of economic participation. We are excited…

To stay up-to-date on our most recent journals and work subscribe to our newsletter.